Minimap & Messaging: found at the top left of the screen. Your ship is shown in white arrow, your teammates (if any) will be shown in yellow with their respective ship class icon, and friendly ships will be shown in color green. All enemy ships will be colored red. X-mark in the minimap shows that a ship was recently destroyed, and it will fade out from the minimap after 3 seconds.

Direction Control: found at the bottom left of the screen. There are 2 options to whichever kind of direction control that you may want. Touch control is the default. Tap the arrow up button to move forward in half speed, and tap again to go on full speed. Arrow down button is to go in reverse. Maximum reverse speed is the ship's half speed when going forward.

Current HP (Ship Status): found in the left of the screen. This shows the current ship status and HP (hit points). Flooding and fire status will also be shown, along with engine damage and steering wheel damage

Switch Armaments: Players may select which type pf shell to use: HE shells or AP shells. Tier 1 and some tier 2 ships are limited to only HE shells.

Fire/Launch: found at the bottom right of the screen with the crosshairs (+) symbol. The fire/launch button will function for what armament is currently in use. It can be used to fire main guns & secondary guns, and to launch torpedoes anf bomber/fighter planes.

Scope: found at the bottom right of the screen beside the fire/launch button. It has the binoculars icon. It is used to zoom in and out. (Aircraft carrier plane view to be added).

Consumables: found at the bottom of the screen, beside scope and fire. Use repair Kit to restore ship HP, and use Damage Control to remove flooding and fire.

Ship Skills: found at the bottom of the screen, beside the direction controls. Different ships have different skills, exclusive to mid-tier and high-tier ships. 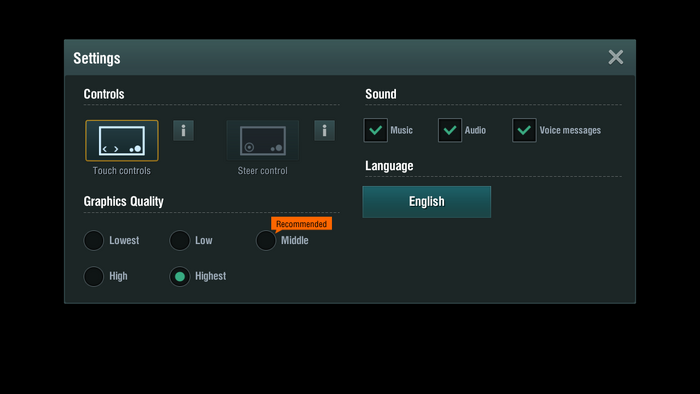 Retrieved from "https://wowsb.fandom.com/wiki/Controls?oldid=7240"
Community content is available under CC-BY-SA unless otherwise noted.