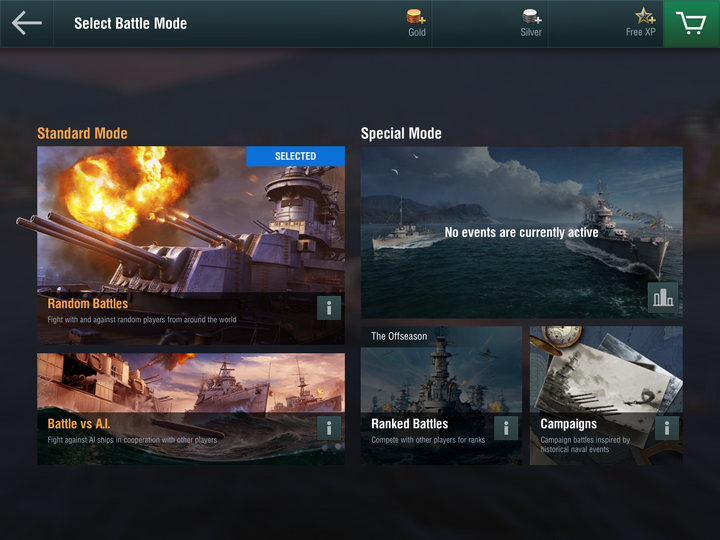 Its a player vs AI game. But as of Update 0.7.4, Only Standard Battles are available for now

Implemented on Update 0.8.0. Click on Campaign to find out more

Implemented in Update 1.1.0, Rank battles allows a Full Fledge PVP format to compete against each other.

At the end of each season, following rewards are given to the players, depending on their division.

Detailed information on the League System can be found on the dedicated page.
Retrieved from "https://wowsb.fandom.com/wiki/Game_Modes?oldid=10871"
Community content is available under CC-BY-SA unless otherwise noted.